We work alongside real people in rural communities to make a difference.

Cambridgeshire ACRE is an independent organisation, a registered charity and a company limited by guarantee. We’re also part of the national ACRE Network of 38 similar organisations in England.

Our vision is to have thriving rural communities across Cambridgeshire and Peterborough. We therefore strive for positive change and work with others to improve the lives of those living and working in rural communities.

Our action-driven approach is supported by the expertise of our staff, plus the advice from our team is delivered by experts in their fields and not influenced by any other body. Communities can therefore have peace of mind knowing that their ambitions are in the best possible hands. Find out more about our team and board.

Our aim is to help rural communities seize opportunities and drive their projects forward, which includes improving their accessibility to services, information, funding and customers. Take a look at our What do we do pages for more information and examples.

Cambridgeshire ACRE’s strategy for the period 2019 – 2024, called “Towards our 100th Year: Building stronger rural communities”, was launched by our President at our Annual General Meeting in September 2019.

Our strategy provides an overview of our long-term plans and establishes our priorities for serving the needs of rural communities over the next five years. Our strategy was developed in consultation with our staff, trustees, members and partners.

Each year we produce an annual business plan that sets our annual targets, timescales and the outcome monitoring framework.  We use this to report our progress at our Annual General Meeting each year. Read our latest annual report.

The newly formed rural community councils were charged with two principal aims during the depression between the first and second World Wars, when agriculture and its ancillary industries were at a low ebb: to work with local people to build village halls, and to revitalise the countryside and its economy.

The (then) Lord Lieutenant of Cambridgeshire, Charles Adeane was the first Chair of the Charity and keenly supported the charity’s work.

Additionally Henry Morris – another founding trustee – took up the post of Secretary of Education for Cambridgeshire in 1922. Henry is well known for his vision of integrating secondary and community education. Furthermore, he recognised the need for better educational and social facilities in the countryside.

We look forward to celebrating our 100th birthday in 2024.

Read more about the ACRE network.

Options for individuals, communities, businesses and organisations.
Join Us

We are grateful to all those who fund our work with rural communities.
Find out more

We recognise that the enthusiasm and passion of our staff is key to our success.
View our vacancies

Latest News about our projects.
View all news 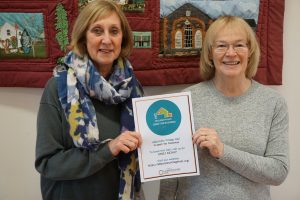 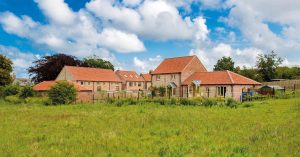 The Rural Affordable Housing Partnership for Cambridgeshire met on Tuesday 18th Jan 2022 for their quarterly review. The partnership is a mix of council representatives 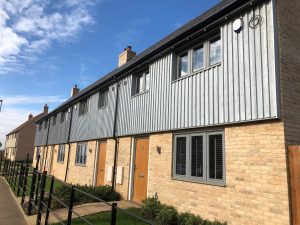 Toby joined the team in 2021. As our Digital Marketing Degree Apprentice, his role is to implement our digital marketing strategy  generating interest in our work and helping to build the organisation’s social presence.

From January 2022, Toby will be undertaking a Digital Marketing Degree at Anglia Ruskin University alongside working for Cambridgeshire ACRE.

Prior to joining the organisation, Linda spent over 20 years working within the charity and the commercial sector gaining wide-ranging financial administration experience.

Kirsten joined Cambridgeshire ACRE in 2000 and then quickly assumed the role of Chief Executive from 2001. She oversees the work of the charity and puts in place our plans and strategies for the future. Day-to-day, Kirsten develops our relationships with new partners, explores new opportunities and oversees all aspects of the charity’s work.

Before working at Cambridgeshire ACRE, Kirsten attended Writtle Agricultural College gaining a BSc in Agriculture and then completed a Masters in Countryside Recreation Management at Sheffield Hallam University.

Jenna has a BSc in Geography from University of East Anglia and prior to join the organisation worked as a Graduate Housing Strategy and Enabling Officer at West Suffolk Council. Since joining Cambridgeshire ACRE she has become an accredited Community Led Housing Advisor.

Alison has been Head of Business Services at Cambridgeshire ACRE since 2007. Day-to-day Alison is involved in everything from developing new opportunities for Cambridgeshire ACRE, shaping the direction of existing projects, overseeing the delivery of advice and information to our members and working with our Board.

Prior to joining Cambridgeshire ACRE, Alison worked in the private sector holding roles in executive support and facilities management. Alison has BSc in Sociology from University of Southampton.

Rachael became part of the Cambridgeshire ACRE team in 2006, initially running a gardening project and then moving to her current role as our Community Development Manager where she leads a number of our environmental projects and use her skills in volunteer management.

Rachael has a BSc in Horticulture from Bath University and, upon leaving there, put her skills to work in the private sector before becoming a primary school teacher for several years.

Kieran has a BA in Business Studies from Manchester Polytechnic and holds a post-graduate diploma in management and leadership from Henley Business School.

Olivia joined the Cambridgeshire ACRE team in 2020. Her role involves providing administration and customer support to all our economic programmes.

Olivia has a BSc in Human and Physical Geography from Reading University. Since joining Cambridgeshire ACRE she has become an accredited Community Led Housing Advisor.

Lisa became part of the Cambridgeshire ACRE team in 2015 taking on the role of Community Development Officer. The greater part of her week is spent providing expert support and advice to the County’s community-run buildings with the remainder being spent supporting our community health and wellbeing project dealing with fuel poverty.

Prior to joining Cambridgeshire ACRE, Lisa was the County Councillor and Cabinet Member for Education and Skills at Suffolk County Council.

Howard joined Cambridgeshire ACRE in early 2021. As the New Life on the Old West Project Manager he is responsible for the successful delivery of our three year Natural Lottery Heritage Fund-financed landscape-scale natural heritage project focusing on the area surrounding the Old West river.

Prior to joining Cambridgeshire ACRE, Howard worked at the University of East Anglia where he delivered another successful Natural Lottery Heritage Fund project focusing on understanding, restoring and renewing the region’s orchard heritage. Howard has a degree in law from University of Wales, Aberystwyth (practising as a solicitor from 1998 to 2012) before changing career direction and gaining an MSc in Environmental Conservation and Management from Swansea Metropolitan University.

Annie became a trustee of Cambridgeshire ACRE in 2017 and took on the Chairperson role shortly afterwards. She has been a volunteer for community and parish organisations in the village of Folksworth and the surrounding area for over 30 years.

Professionally, she had a career in the financial and insurance sectors before changing vocation and training in the educational sector as an arts educator / practitioner working for both Anglian Ruskin University and Peterborough Regional College.

Bev joined the Cambridgeshire ACRE team in 2021. Her role involves providing administration and customer support to all our economic programmes.

Bev has a BA in Management and Business Administration from Reading University. Before joining Cambridgeshire ACRE, Bev worked in administration for local secondary schools.

Dave became a trustee of Cambridgeshire ACRE in 2017. In his professional life, he was a community development worker specialising in finance and external funding. Since moving to the Fens, Dave has taken on a number of parish clerk roles, as well as being a trustee of Newton Village Hall.

Brian has been a trustee of Cambridgeshire ACRE since 1999. Prior to retirement, Brian was an engineer and ran his own consultancy service specialising in infrastructure design and contract management.

Mike joined the Board in 2006. He runs his own company specialising in supplying scientific instruments and complete technical/medical laboratories to research, industry and high educational establishments.

Mike is also a trustee of the Horningsea Millennium Green Trust and Village Hall Trust, as well as a director of Horningsea CIC.

Terry became a trustee of Cambridgeshire ACRE in 2011. Terry is currently the Clerk and Responsible Finance Officer for Wisbech Town Council in Fenland and has worked in local government in Cambridgeshire for more than 40 years.

Terry is also a trustee of CP Learning Trust.

Hugh has been a trustee of Cambridgeshire ACRE since May 2009. Hugh has been Archdeacon of Huntingdon and Wisbech since 2005 having responsibility for the care of the clergy and church communities in the north and west of the diocese.

Hugh is Vice-Chairman of the Trustees of Ridley Hall Theological College in Cambridge. President of the Huntingdonshire District Blind Society and a trustee of a number of other local charities including Thomas Parsons Charity in Ely.

Elizabeth joined Cambridgeshire ACRE in September 2008. Her professional career was spent in English local government archives including being Head of Heritage and County Archivist for Cambridgeshire County Council for 11 years. She is a governor at Mepal and Witcham C of E Primary School, as well as churchwarden of her village church.

Hazel was awarded the MBE in 2010 for services to charities in Cambridgeshire.

Cambridgeshire ACRE’s current President is the Right Reverend Stephen Conway, the 69th Bishop of Ely. Bishop Stephen is a great supporter of rural communities, particularly on issues such as education, mental health and disability. As well as being President of Cambridgeshire ACRE, he is also a patron of the Arthur Rank Hospice and of Romsey Mill in Cambridge, of Arts and Minds, the National Youth Arts Trust and of Kairos UK.

Bishop Stephen chairs our Annual General Meeting and shows a keen interest in the work we do supporting and strengthening rural communities to take action for themselves.

Cambridgeshire ACRE’s current Vice President is Julie Spence OBE QPM. In 2017, Julie was appointed by Her Majesty The Queen as the 37th Lord-Lieutenant of Cambridgeshire, the Sovereign’s representative in the County.

Professionally, Julie trained as a teacher before joining the Police in 1978 and being appointed Chief Constable of Cambridgeshire in 2005. In the Queen’s 80th Birthday Honours, Julie was awarded an OBE for her management of complex and contentious organisational issues and leadership contribution. In 2008 she was awarded an Honorary Doctorate of Laws by Anglia Ruskin University: then in the 2010 New Year’s Honours list she received the Queens Police Medal (QPM). In September 2010, after a 32 year career, she retired from policing.

Laura joined Cambridgeshire ACRE in 2021. Working exclusively on the New Life on the Old West project, Laura works to engage partners, communities and landowners in the project and to create opportunities for local people to learn about and connect with the diverse Fenland natural landscape.

Prior to working at Cambridgeshire ACRE, Laura completed a Masters in Heritage Management at Bath Spa University and completed her first degree in Geography at Keele University.